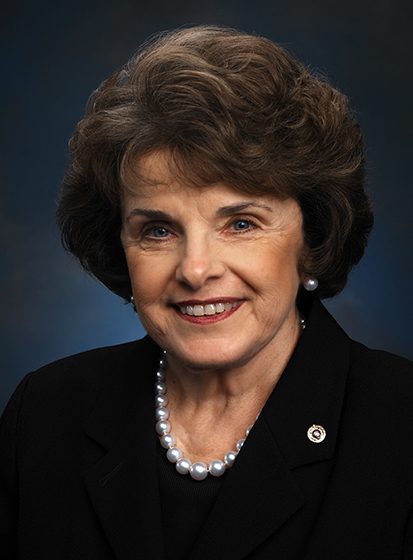 As California’s senior Senator, Dianne Feinstein has built a reputation as an independent voice, working with both Democrats and Republicans to find common-sense solutions to the problems facing California and the Nation.

Since her election to the Senate in 1992, Senator Feinstein has worked in a bipartisan way to build a significant record of legislative accomplishments – helping to strengthen the nation’s security both here and abroad, combat crime and violence, battle cancer, and protect natural resources in California and across the country.

In the 111th Congress, Senator Feinstein assumed the Chairmanship of the Senate Select Committee on Intelligence, where she oversees the nation’s 16 intelligence agencies – the first female Senator to hold that position.